Where to Find Them

The smooth newt is the UK's most widespread newt species, found throughout Britain and Ireland. Like the common frog, smooth newts may colonise garden ponds.

Smooth newts can grow to 10cm and are generally brown in colour. Males develop a continuous wavy crest along their back in the breeding season. The belly of both sexes is yellow/orange with small black spots. The spots on the throat provide a good way of telling this species apart from palmate newts (which lack spots on their throat).

Adults are often found in ponds during the breeding season and into summer (February – June). Spawn is laid as individual eggs, each of which is wrapped carefully in a leaf of pond weed, by the female newt. Unlike the tadpoles of frogs and toads, newt larvae develop their front legs before their back legs. They breathe through external feathery gills which sprout from behind the head. Juvenile newts leave the water in later summer after losing their gills. Smooth newts eat invertebrates either on land or in water. They also prey on frog tadpoles. Outside of the breeding season, newts come onto land and are often found in damp places, frequently underneath logs and debris in the summer months.

Smooth newts are protected by law in Great Britain. They are fully protected against killing, injuring, capturing, disturbance, possession or trade. 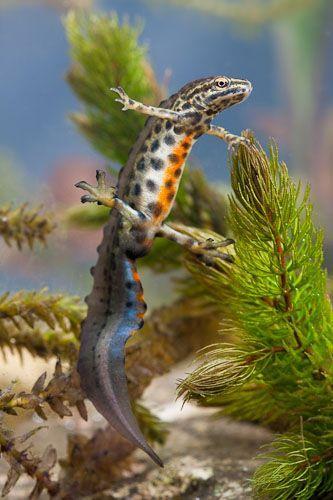 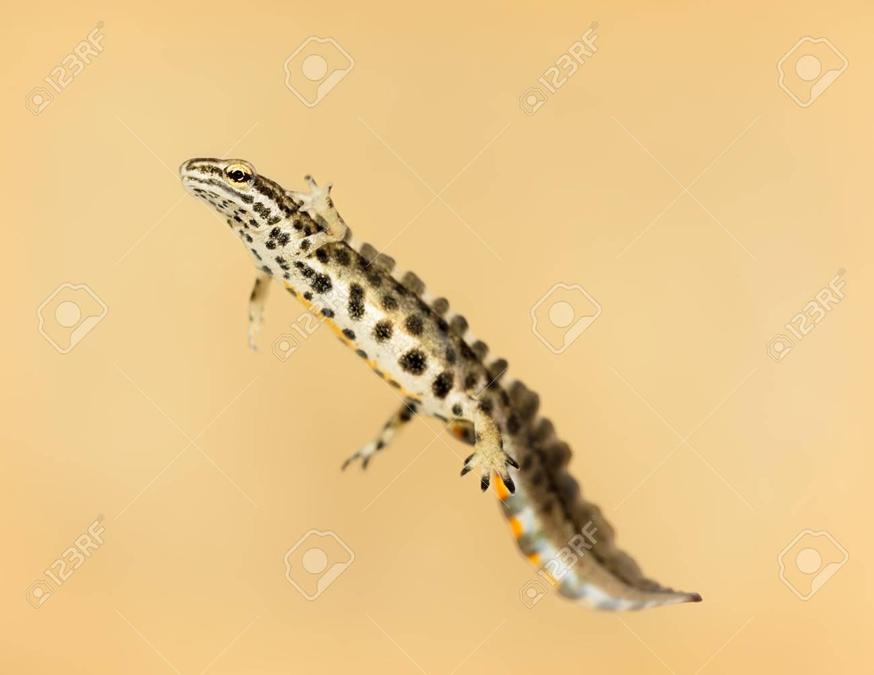 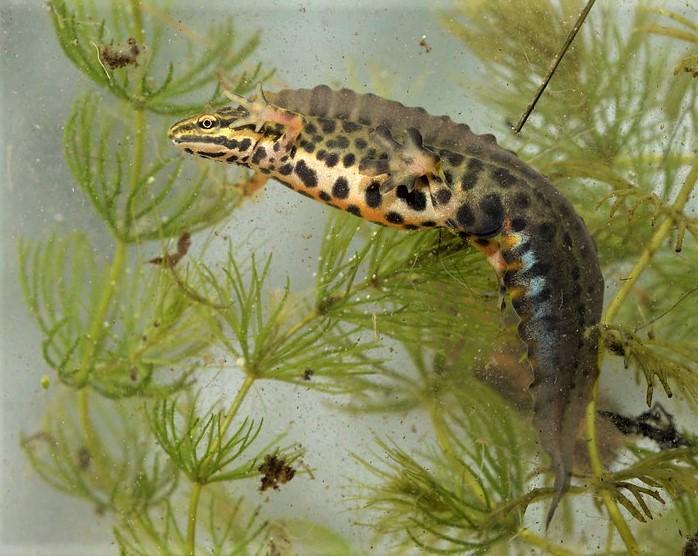 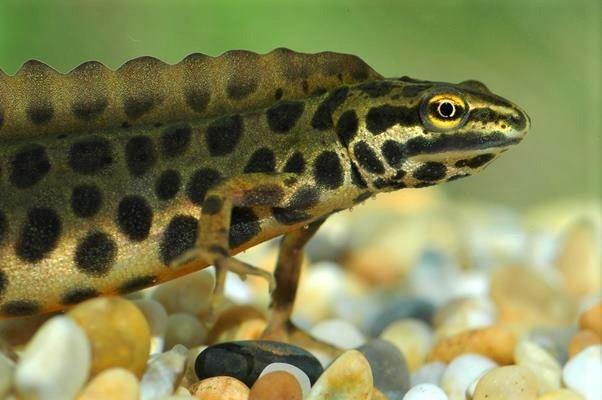 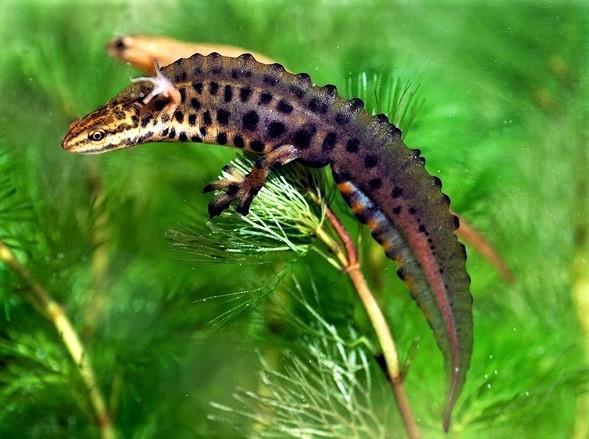 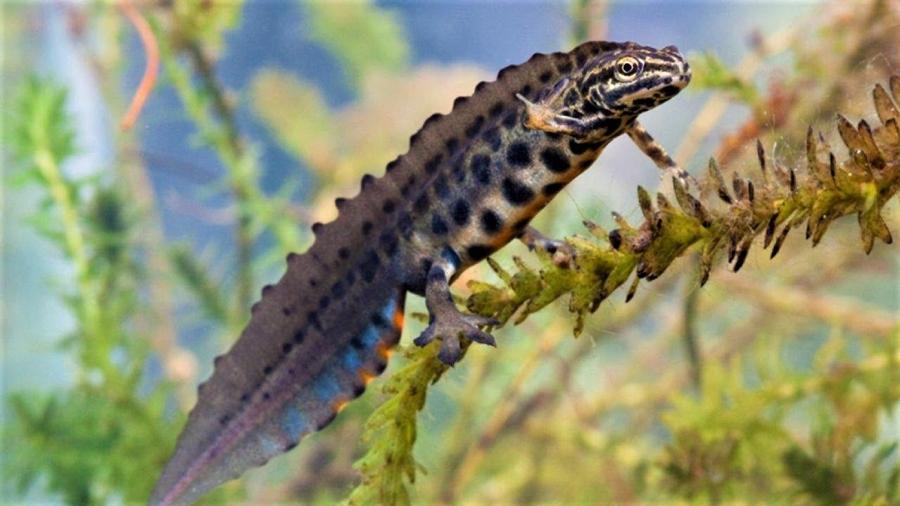 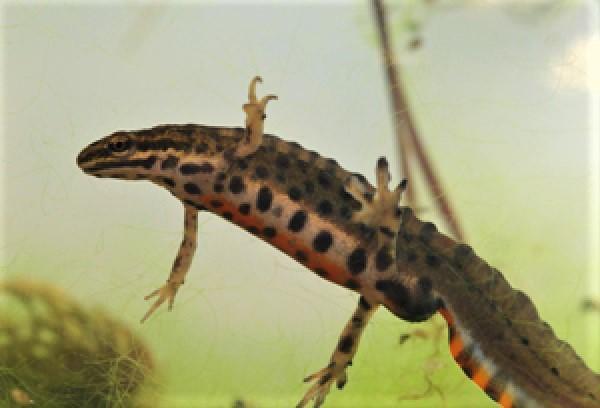 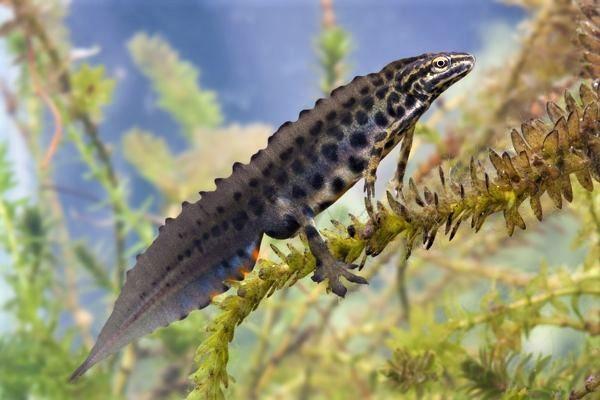 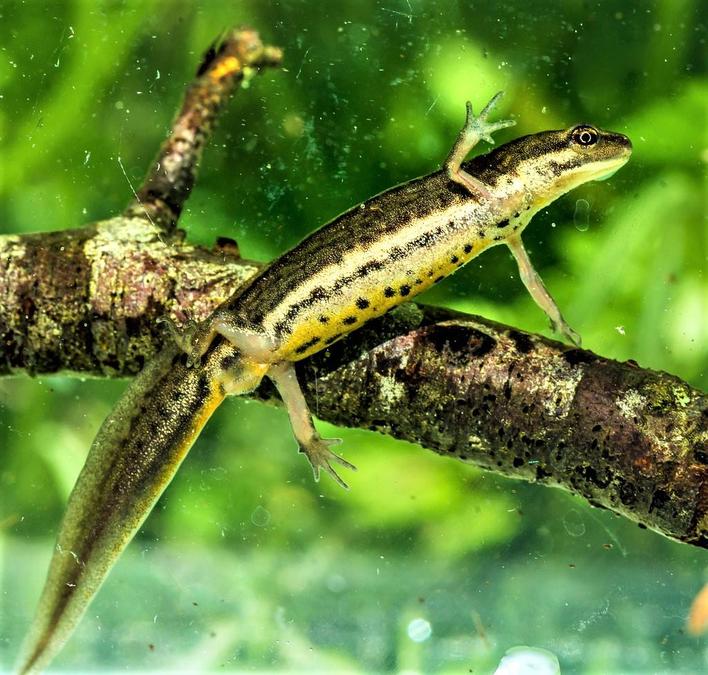 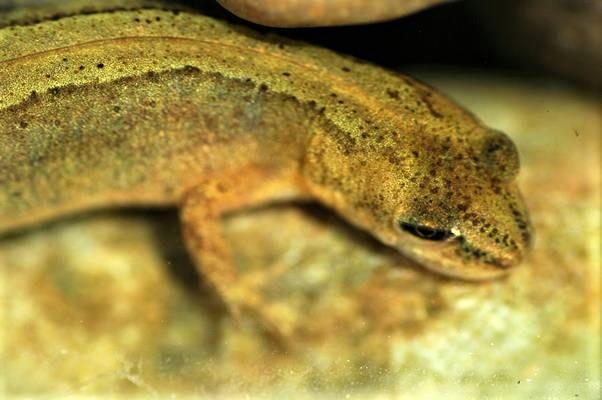 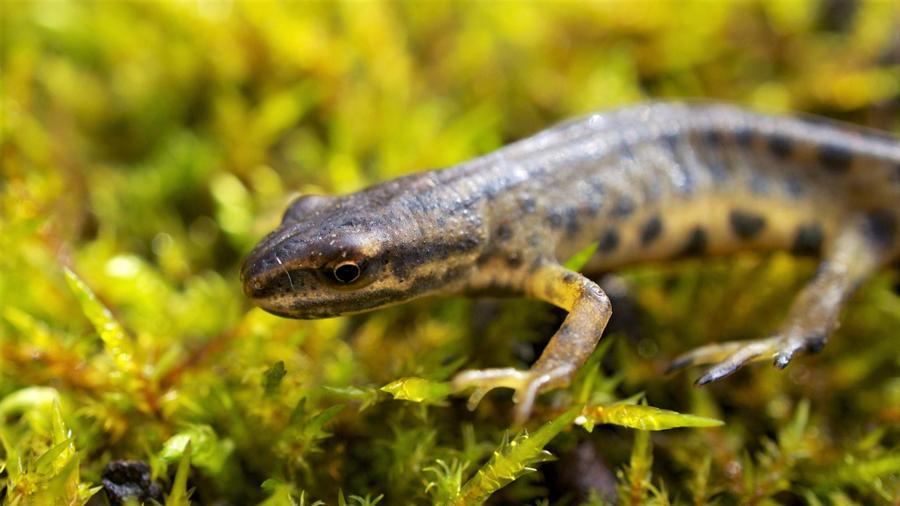 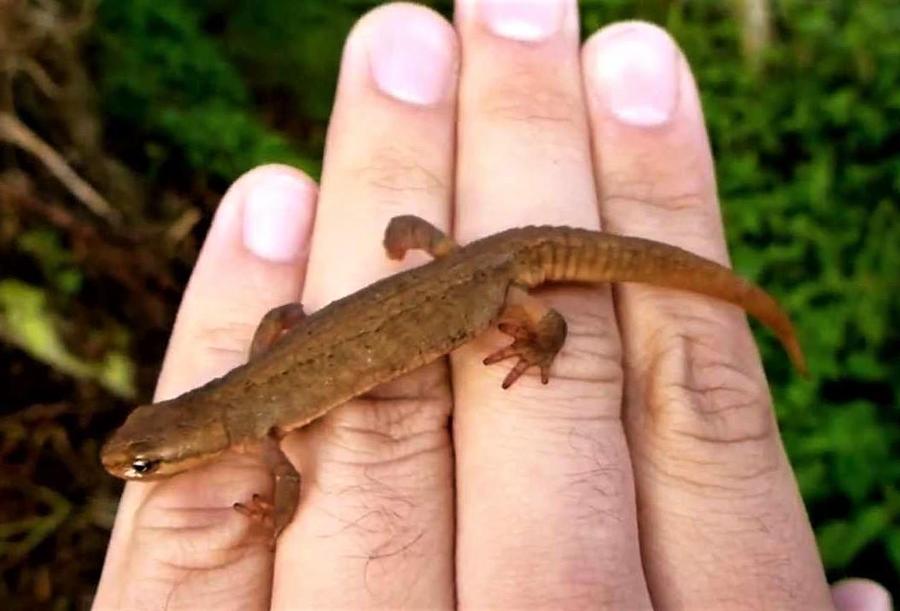 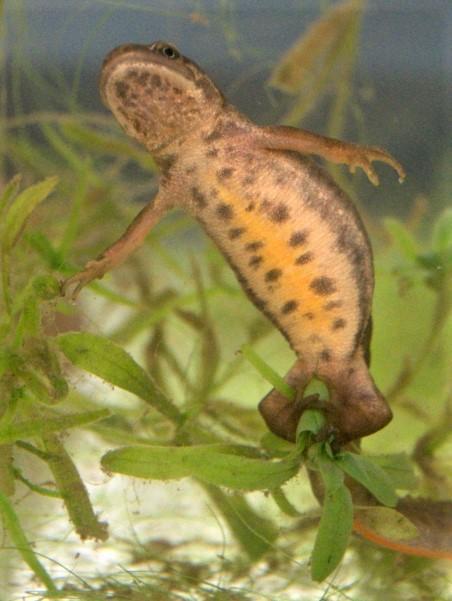 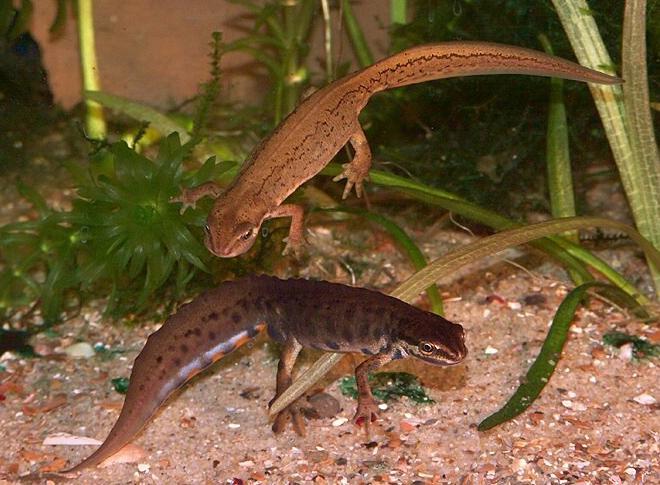 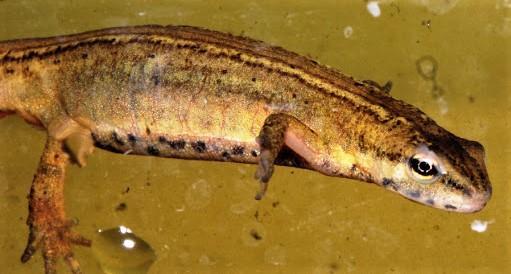 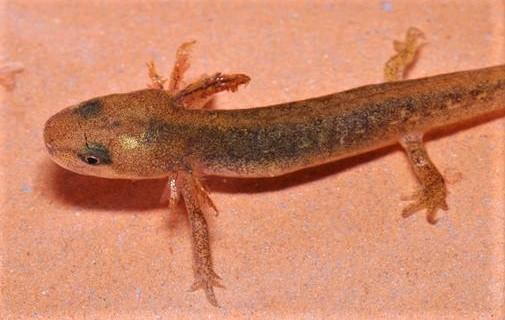 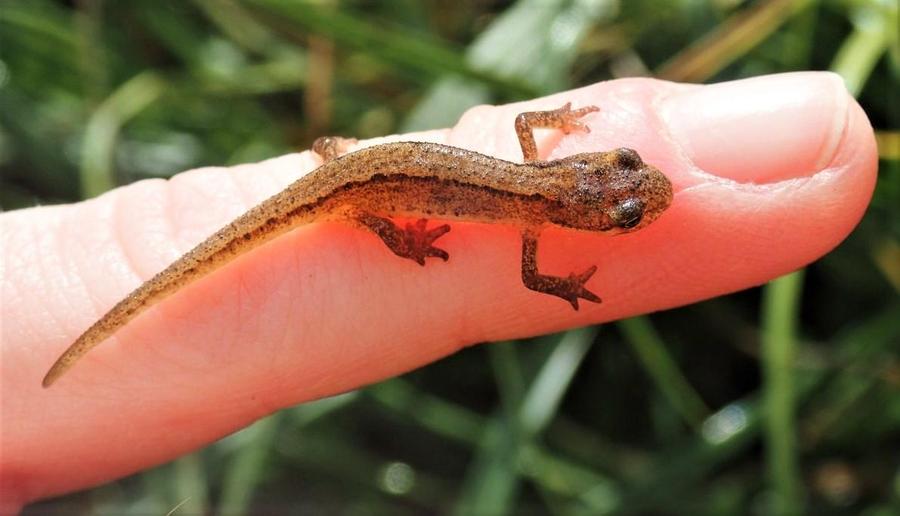 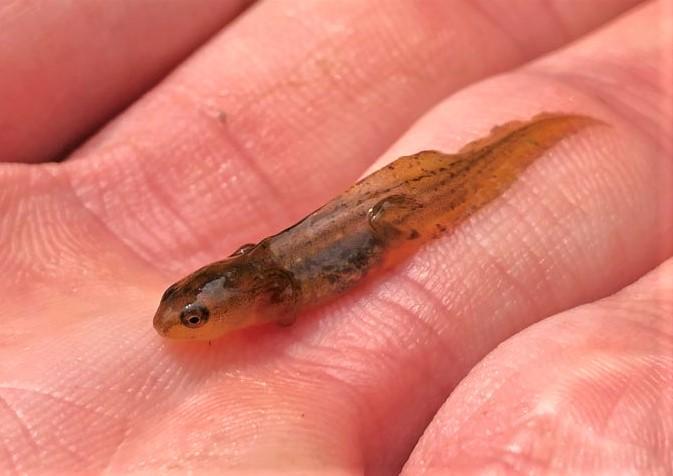