The school council we have been working on following:

- considering the environmental plastic problem and what action we can take

We are all very interested in learning about the democratic process at Copthorne Junior School! Just like adults in the UK elect Members of Parliament, we have the chance to elect School Councillors from our class to represent the class on the School Council.  At the beginning of the school year pupils who are interested run a campaign to win votes to become their Class Councillor. This year the children designed some incredible posters, created compelling powerpoints and prepared some persuasive speeches, to encourage their classmates to vote for them. Eventually, the last  three boys and girls in each class still in the running, gave a final battle speech. Then votes were cast secretly by every child in a class. Every pupil had one vote which was used to support one boy and one girl  in their class. 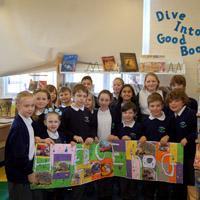 As quoted by some of our School Councillors:

"I want to get better equipment, make the school bigger and have more education."

"I want everyone in the school to have a good education so that they can get good jobs when they are grown up."

Congratulations to them all. We wish them every success at being the pupil voice for their class. Watch out Westminster, they may decide to take up a career as a politician!

Copthorne's  School Council is active and enthusiastic. The School Council is an opportunity for the children to voice any concerns or thoughts they have about their learning, school environment, safety and issues within the local and wider community. Any issues which have been discussed are then fed back to each class via their Council reps.

Our Year Six representatives are involved in links with the East Grinstead Group of Schools (EGGS) - ‘The Omlets’; they have taken the opportunity to discuss any  issues which involve all schools within the area, visiting each other's schools.

The School Council has also been pro-active in organising a number of fund raising events.